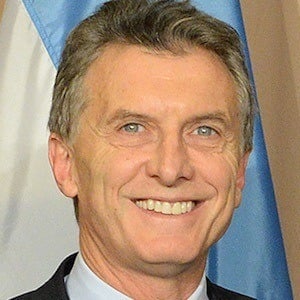 Argentinian politician known for being elected president in 2015. He'd previously served two terms as the Chief of Government of Buenos Aires.

He studied at Pontifical Catholic University of Argentina. He entered politics by creating the Commitment to Change party in 2003, then formed the PRO in 2005.

He served as chairman of the Boca Juniors soccer club from 1995 to 2007, and had a brief return to the position in 2008. In 1991, he was kidnapped and held for ransom by the Argentine Federal Police.

His father a successful Italian businessman named Francesco. He married Juliana Awada, his third wife, in 2010.

Mauricio Macri Is A Member Of