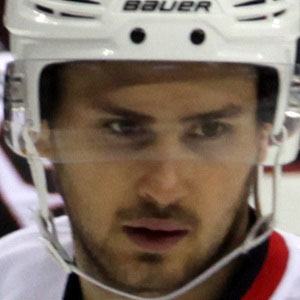 NHL center who won Stanley Cup Championships with the Chicago Blackhawks in 2013 and 2015. He also won a Silver Medal representing Sweden at the 2011 World Championships.

He was a finalist for the Swedish Hockey League Rookie of the Year for the 2009-2010 season.

He lost to Canada in the final game of the 2014 Winter Olympics as a member of the Swedish team.

His father is Peter Kruger.

He and Patrick Kane became teammates on the Blackhawks. Kane received the Conn Smythe as playoff MVP during Chicago's 2013 Stanley Cup run.

Marcus Kruger Is A Member Of