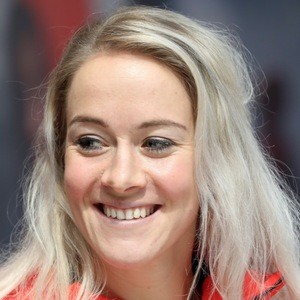 Biathlete who took home the gold medal in the 4×6 km relay at the 2017 Biathlon World Championships. She had won bronze in the same event the previous year, which marked her first participation in the Championships.

She has lived in Winterberg and Ruhpolding, Germany. She trained for biathlons at the famous Chiemgau-Arena venue.

She is an animal rights activist who participated in FIFA's "I"d Rather Go Naked Than Wear Fur" campaign in 2016.

Her parents are Silvia and Dieter Hammerschmidt. She has a twin sister named Janin, who was also a biathlete.

Maren Hammerschmidt Is A Member Of