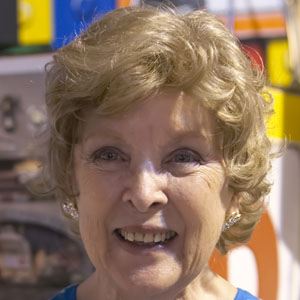 Known for her guest appearances on The Lone Ranger and The Andy Griffith Show, she is perhaps most famous for her work with Walt Disney Pictures: she provided the live-action model for the character of Tinker Bell in the animated film Peter Pan.

During her teenage years, she appeared in an early ABC situation comedy titled The Ruggles.

During the late 1950s and early 1960s, she voiced numerous characters on the Clutch Cargo children's series.

She was married to Dick Brown for over three decades. She later married John H. Willcox; this marriage lasted from 1987 until 1999.

In the movie If You Knew Susie, she played the daughter of Eddie Cantor's character.

Margaret Kerry Is A Member Of