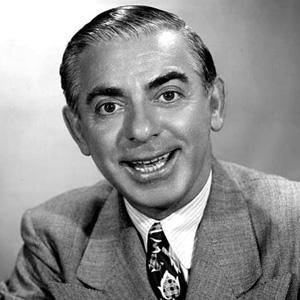 Comedian, radio star, and songwriter who made his debut on Broadway in the Ziegfeld Follies of 1917 revue. He released hits like "Ma! He's Makin' Eyes at Me" and "Ida."

Due to a misunderstanding while signing up for school, his last name was recorded as Kanter instead of Kantrowitz.

He wrote the songs "If You Knew Susie" and the Warner Brother's "Merrie Melody" theme song.

He married Ida Tobias Cantor on June 9, 1914 and they had five children together.

Eddie Cantor Is A Member Of