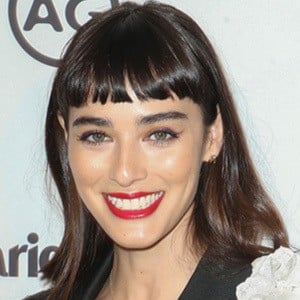 Model who rose to fame after getting cast on Season 1 of competition reality show The Face. She made it to the final rounds, but was eliminated as a runner-up to fellow contestants Luo Zilin and winner Devyn Abdullah. She's also an affiliated Twitch streamer and has played various games on the platform.

She booked her first modeling job at the age of nine and she's attended Fullerton University to pursue a degree in Journalism.

She's been signed with Wilhelmina Modeling Agency and appeared in the February 2013 issue of Harper's Bazaar Vietnam.

Her coach during her time on the show was model Coco Rocha.

Margaux Brooke Is A Member Of