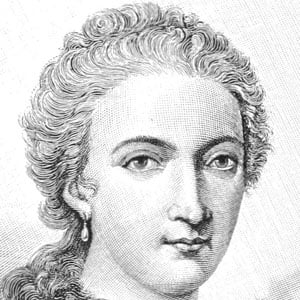 Mathematician who wrote the first book dealing with both differential and integral calculus, Instituzioni Analitiche. The latter half of her life was spent as a philanthropist and theology scholar.

By the time she was eleven years old, she could speak seven different languages, including French, Hebrew and Latin.

She became just the second woman in history to be made a professor at a university.

She was appointed as the chair of mathematics, natural philosophy and physics at Bologna by Pope Benedict XVI in 1750.

Maria Gaetana Agnesi Is A Member Of