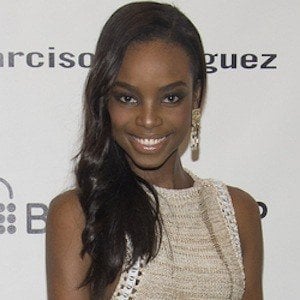 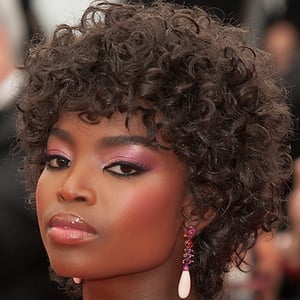 Angolan model known for appearing in the 2015 Victoria's Secret Fashion show with her natural afro, a stark break from the long hair that's a staple of the show. She also appeared in the 2013 and 2014 VSF shows and has been a Givenchy exclusive.

She was the runner up in a 2010 modeling contest, where she was first discovered. She signed with Supreme Agency in 2012.

She grew up during the Angolan Civil War, which lasted from 1975 to 2002. She has a tattoo on her forearm of the words "Step by Step."

She was raised by her older sister. Her mother died when Borges was only 11-years-old. She ultimately left Angola to pursue her modeling career in New York.

She's worked under the tutelage of Givenchy director Riccardo Tisci.

Maria Borges Is A Member Of