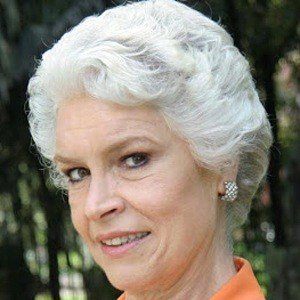 Prolific Colombian actress known for her work in telenovelas like Pasión de Gavilanes and Vecinos. She has also had prominent roles in El secretario and the 2016 Nickelodeon show Yo soy Franky.

Though she first began acting in 1975 in La tía es el gordo, she didn't earn her big break until ten years later on Don Chinche.

In 2010, she made one of her few feature film appearances in the comedy El paseo.

Her mother, Teresa Gutierrez, was one of the first actresses in Colombian television. Her brother is renowned actor Miguel Varoni.

In the 2009 series Beautiful But Unlucky, she appeared alongside Danna Garcia and Katie Barberi.

Maria Margarita Giraldo Is A Member Of