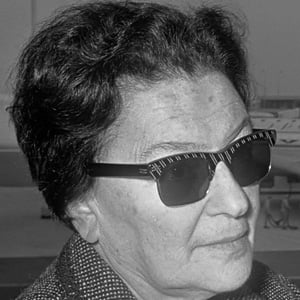 Highly regarded Ukrainian musician whose family suffered much under the Soviet regime. She was often compared to Horowitz, Rubinstein, and Haskil.

She was trained by such noted musicians as Felix Blumenfeld and Konstantin Igumnov at the Moscow Conservatory.

She became the first Russian pianist to record all 32 of Beethoven's piano sonatas with the 13-LP album being released in 1970.

She was born into a family of intellectuals with her father being a Hebrew scholar and her mother being a piano teacher.

Her freedom to travel and tour in other countries came after Joseph Stalin's death in 1953.

Maria Grinberg Is A Member Of