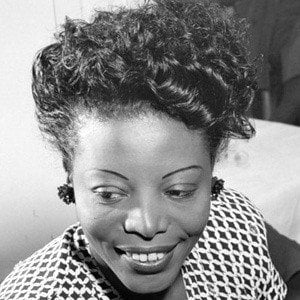 She was a professional musician by the time she reached her teens.

She collaborated with Duke Ellington, Art Blakey, and Benny Goodman, performing with the latter at his 1978 40th-anniversary Carnegie Hall concert.

She was born in Georgia, but her family moved to Pittsburgh's East Liberty neighborhood while she was still young.

She considered Lovie Austin to have influenced her the most.

Mary Lou Williams Is A Member Of