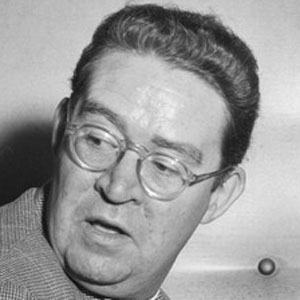 Protege of Earl Hines and a staple of Chicago's jazz scene during the 1920s.

He studied at the Chicago Conservatory. He began recording in 1927 with McKenzie and Condon's Chicagoans.

He was a regular at the Famous Door and took up permanent residence in San Francisco's Club Hangover.

He was born the ninth child of Irish immigrant parents and began studying classical piano when he was 12.

He frequently accompanied Bing Crosby throughout the 1930s.

Joe Sullivan Is A Member Of