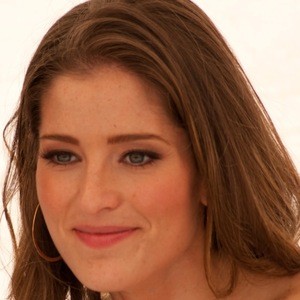 Mexican TV hostess and singer who rose to fame after participating in the reality singing show La Academia in 2002. She also competed in the Mexican version of Dancing with the Stars, Bailando por un millón, in 2005.

She studied architecture at the Monterrey Institute of Technology and Higher Education.

Her parents are Óscar Guerra and Laura Núñez. She has a twin brother named Oscar. She married Gustavo Guzmán Favela in 2013.

Maria Ines Guerra Is A Member Of