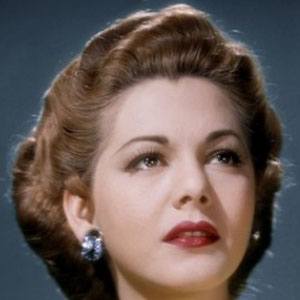 Remembered for her glamorous roles in such Universal Studios Technicolor movies as The Exile, Arabian Nights, and Ali Baba and the Forty Thieves, this movie star of the 1940s eventually left the movie business and published two books.

She and her nine siblings grew up in the Dominican Republic and Northern Ireland as the children of a Spanish diplomat.

In her late thirties, she drowned in the bathtub of her home in France, having apparently experienced a heart attack.

Her first marriage, to William McFeeters, lasted from 1932 until 1939. Her second marriage, to French actor , resulted in an actress daughter named Tina Aumont.

She and actor Jon Hall co-starred in several films, including Sudan and Cobra Woman.

Maria Montez Is A Member Of