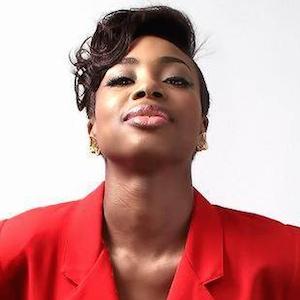 Co-host of The Morning Rush on the Beat 99.9 FM who also hosts TV gigs. She played the role of Foye on the 3rd season of MTV's Shuga.

She was shuttling television reporting gigs when she was asked to audition for a presenter spot at the Beat 99.9 FM in Lagos, Nigeria.

She has worked with the BBC, MTV, and Dropout UK. She has interviewed superstars, including Jessie J, Wizkid, 2face Idibia, Chimamanda Ngozi Adichie, and more.

She has also had the opportunity to interview Mary J. Blige.

Maria Okanrende Is A Member Of