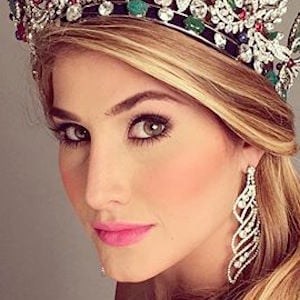 Venezuelan model who rocketed to fame after winning the title of Miss Venezuela 2015. She went on to represent her nation in the 2016 Miss Universe pageant.

Before becoming a pageant star, she was studying dentistry at university.

She earned her spot in the Miss Venezuela pageant after winning the title of Miss Lara in 2015.

She and her two brothers were raised in a Syrian and Italian family. Her father, Antonios, hails from Syria, and her mother's family migrated from Italy during World War II.

In the 2016 Miss Universe pageant she was set to compete with American Deshauna Barber.

Mariam Habach Is A Member Of