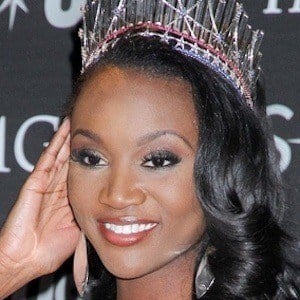 Crowned the winner of Miss USA 2016, she is a lieutenant in the United States Army Reserve who previously won the title of Miss District of Columbia USA 2016.

In 2011, she was named Miss Virginia International. She joined the Army Reserve when she was 17 years old and would graduate with a degree in business management from Virginia State University.

She worked as an IT analyst for the United States Department of Commerce.

She is a military brat who moved a lot during her childhood due to her father's military career as an Army Master Sergeant.

She was set to compete to succeed Pia Wurtzbach as Miss Universe in 2016 after winning Miss USA.

Deshauna Barber Is A Member Of