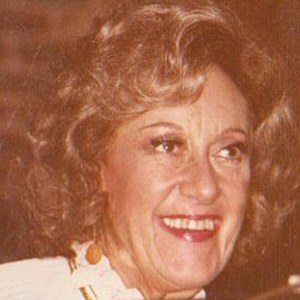 Jazz artist who was host of NPR's Marian McPartland's Piano Jazz radio program from 1978 until 2011.

She performed across Europe with the four-member piano group Billy Mayerl's Claviers during World War II.

She earned the prestigious Grammy Award for lifetime achievement in 2004 and was inducted into the National Radio Hall of Fame in 2007.

Her 28-year marriage to musician Jimmy McPartland ended in 1974.

She was a regular guest on the NBC series Judge for Yourself with host Fred Allen during the 1953-1954 television season.

Marian McPartland Is A Member Of