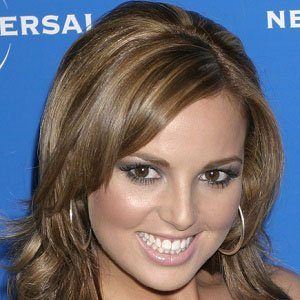 This Mexican actress is notable for her roles in such Spanish-language soap operas as Venevision's Olvidarte Jamas, Telemundo's Pecados Ajenos, and TV Azteca's Huerfanas.

She made her television debut in 2001, appearing in a TV Azteca telenovela. Three years later, she starred in her first soap opera, Belinda.

She appeared in a movie titled Las Vecinas.

Born in Leon, Guanajuato, Mexico, she grew up with four brothers and is the daughter of Jose Torres.

She and Geraldine Bazan were both featured in the 2011 telenovela Sacrificio de Mujer.

Mariana Torres Is A Member Of