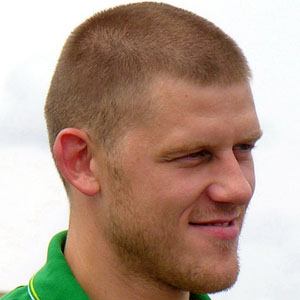 Lithuanian professional basketball player who was a member of the Lithuanian national team; named to LKL All-Star games in 2008 and 2009.

He began his professional basketball career in 2003 with Mitteldeutscher.

He was named EuroCup Challenge Finals MVP in 2004 with Mitteldeutscher.

He was raised in Silale, Lithuania.

He and Linas Kleiza became teammates on the Lithuanian national team.

Marijonas Petravicius Is A Member Of