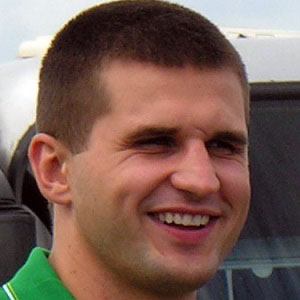 NBA forward who played on a number of teams and also played for the Lithuanian national team.

He played basketball for Lithuania in the FIBA Under-19 World Championships, averaging nearly 30 points per game and helping the team to the silver medal.

Drafted by the Trail Blazers in 2005, he was then traded to the Denver Nuggets, where he began to make his mark.

He was born in Kaunas, Lithuania.

He was an integral part of the Nuggets' 2007-08 season, when he was backing up Carmelo Anthony.

Linas Kleiza Is A Member Of