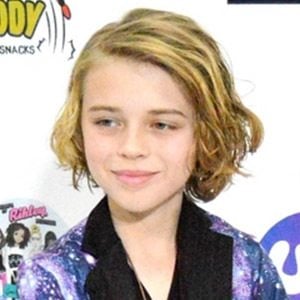 American actor who is known for appearing in several short films, videos, and television mini-series. He is best recognized for having played a Young Anakin Skywalker in the 2018 web-based series Vader: A Star Wars Theory Fan Series.

He made his acting debut in 2018 when he appeared in the short film Balloon as the character Kevin. He then gained further attention after appearing in Vader: A Star Wars Theory Fan Series.

He has appeared in several music videos as well including the DVBBS song "Get out My Face."

He shared a photo with his younger brother Kendrik and his little sister Kenzy to his Instagram in June of 2019.

He is known for having appeared in the music video for the Aloe Blacc song "Never Growing Up" in 2019.

Marik Knight Is A Member Of