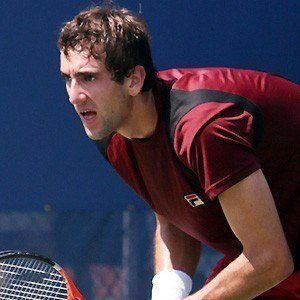 Croatian tennis player who earned his first major championship after defeating Kei Nishikori in the US Open finals in 2014. He turned pro in 2005 and was ranked World No. 9 in singles on February 22, 2010.

His father, Zdenko, encouraged him and his brothers to become tennis players at a young age.

His local hometown coaches saw his potential and encouraged him to move to Zagreb to further his training.

His older brothers are named Vinko and Goran.

He defeated Andy Murray at the 2009 US Open.

Marin Cilic Is A Member Of