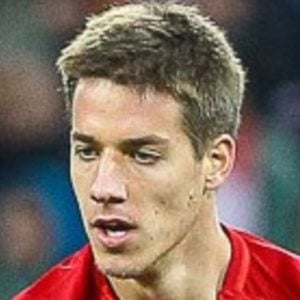 Professional soccer player who's best known for playing for Spartak Moscow and the Croatian national team. He made his senior international debut for Croatia in 2014.

He started training in 2003 at GOŠK Kaštel Gomilica. In 2006, he joined Hajduk Split's youth academy.

He signed his first contract with Chelsea FC in July 2014.

His parents are Slavica and Ivan Pašalić.

Both he and soccer player Dmitri Kombarov played for FC Spartak Moscow.

Mario Pasalic Is A Member Of