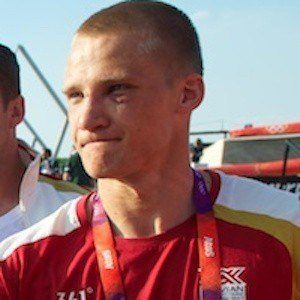 BMX rider who won a gold medal at the 2008 Olympic Games, the first time the sport was featured in the Olympics. He won gold again in 2012, becoming the first Latvian to win two gold medals in any sport.

He started riding when he was five years old and became a world champion by the time he was nine.

He's also won multiple gold medals at the World Championships and European Championships. His accomplishments have earned him a following, with more than 50,000 followers on Instagram.

He was born in Valmiera, Latvia when it was part of the USSR.

He competed against Donny Robinson at the 2008 Olympics.

Maris Strombergs Is A Member Of