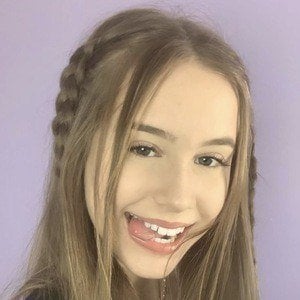 DIY slime creator named Marisa Gannon who uses YouTube, TikTok, and Instagram as a way to sell her creations. She began posting to her Parakeet Slimes YouTube channel in December of 2016, beginning with a video called "Parakeet Slime's Q&A." Her slime has been known to look eerily similar to edible food.

She played volleyball and basketball and was an equestrian rider and gymnast as well. She has gained over 37 thousand followers on her personal rissa.gannon Instagram account.

She is of Italian descent and is from Schenectady, New York.

In April 2021, she uploaded a TikTok video with the song "Passionfruit" by rapper Drake.

Parakeet Slimes Is A Member Of