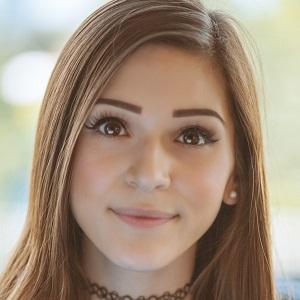 Lead vocalist of the pop punk band Crystalyne who have released a couple of EPs called The Navigate EP and The Remedy EP.

She met her fellow bandmates through a mutual friend, and a few weeks later in 2011, they were offered a cross-Canada tour.

She started dating Crystalyne guitarist Josh Given shortly after the band formed in the summer of 2011. She was born and raised in Toronto, Canada.

With Crystalyne, she has shared a stage with Carly Rae Jepsen, Walk Off The Earth, Marianas Trench, and Down With Webster, just to name a few.

Marissa Dattoli Is A Member Of