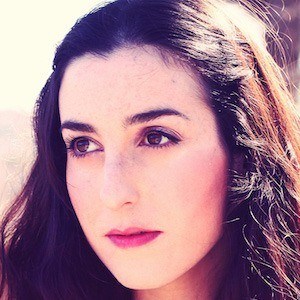 Singer and songwriter with more than a decade of albums under her belt, she is known for her haunting and ethereal mezzo-soprano voice. She is particularly recognized for the 2014 album July which peaked at #14 on the Billboard Top Heatseekers Albums chart.

As a teen, she was a self-taught guitar player focused largely in a style similar to fingerpicking. She also began writing songs. Into college, she also began performing at open mic nights.

An illustrator and painter, she earned a bachelor's degree and master's from Rhode Island School of Design in 2003. After college, she worked for some time as an art teacher.

Her mother, Pamela, was an abstract painter, and her older brother, Stuart, a writer and guitarist.

In November 2012, she and Angel Olsen covered the songs "My Dreams Have Withered and Died" and "Frisco Depot" on her SoundCloud.

Marissa Nadler Is A Member Of