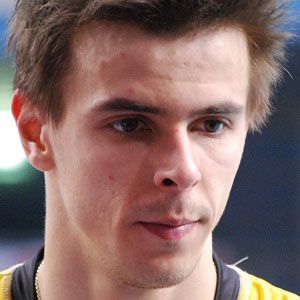 Polish volleyball player who has represented Poland at competitions like 2014 FIVB Volleyball World Championships, where he won a gold medal. He has also played for teams like PGE Skra Belchatow in PlusLiga.

He went to school in Opole and began his professional volleyball career in 1997 with WKS Wielun.

He received awards for Best Opposite Spiker and Most Valuable Player at the 2014 FIVB Volleyball World Championship.

He married Paulina Drewicz in June 2006. She gave birth to their first child, a son named Arkadiusz, in January 2009.

He and Lukasz Zyagadlo are both famous volleyball players from Poland.

Mariusz Wlazly Is A Member Of