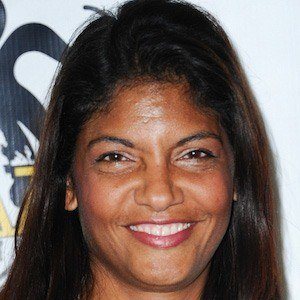 Stunt woman who gained fame for her 1990s film roles in The Lost World: Jurassic Park and Mortal Kombat: Annihilation.

She had her first uncredited acting role in the 1985 film The Click.

She did stunts in the films Speed 2: Cruise Control, Blade, and Bulletproof.

She had one child with her husband Paul Holden.

She shared the big screen with James Woods in the 1998 horror thriller Vampires.

Marjean Holden Is A Member Of