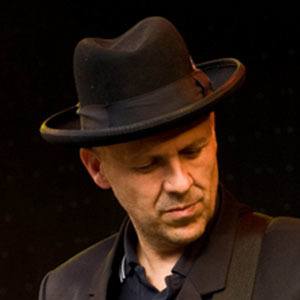 English musician and songwriter who is best known for playing bass in the 1970s ska band Madness. He formed band The NJE in 2017.

He attended William Ellis School in Kentish Town. He began playing bass guitar when he was 13.

In 1986, he and Madness drummer Dan Woodgate joined American rock group Voice Of The Beehive.

He has been with long-time partner Cressida since 1987. Their daughters are Alice and Olivia.

Mark Bedford Is A Member Of