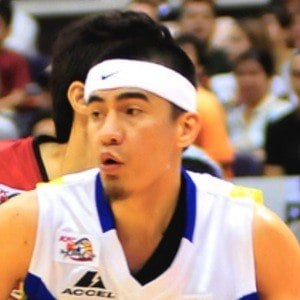 Filipino basketball player widely considered one of the greatest scorers in the history of the Philippine Basketball Association. He made five consecutive PBA All-Star teams from 2007 to 2011.

He is the youngest of five children born to his parents.

He has been teammates with Asi Taulava on the NLEX Road Warriors.

Mark Cardona Is A Member Of