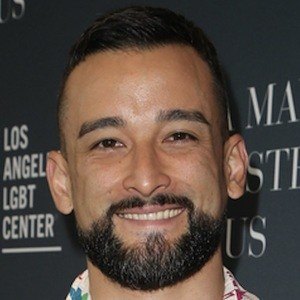 Dancer and choreographer known for his work with Lady Gaga, which includes starring in music videos for songs like "Telephone," "Alejandro," and "Born This Way." He reached the Top 6 of the fourth season of So You Think You Can Dance.

He grew up doing musical theatre, but said he lost confidence when his voice changed after puberty, so he transitioned to dancing. He was teaching dance when he decided to audition for SYTYCD.

He performed at the Emmy Awards in 2009. He's made several return appearances to SYTYCD, including as an All-Star in Season 7.

He grew up in Hawaii with his sister. He started dating fellow dancer Jeremy Hudson in 2009.

He was able to land a job as part of Lady Gaga's dance crew thanks in part to the fact that he'd previously worked with her choreographer, Laurieann Gibson.

Mark Kanemura Is A Member Of