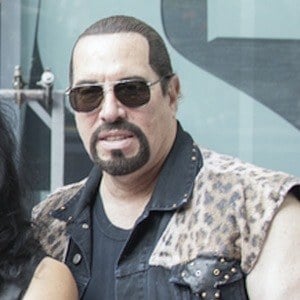 Bassist known for playing with the band Twister Sister, which he joined in 1978. During the band's extended hiatus in the 1990s, he spent time playing with Blackfoot.

He graduated from West Hempstead High School in 1974 and played with a band called The Dictators prior to joining Twisted Sister.

His nickname is "The Animal."

He was born Mark Glickman in West Hempstead, NY.

He played with AJ Pero in Twisted Sister prior to the latter's passing in early 2015.

Mark Mendoza Is A Member Of