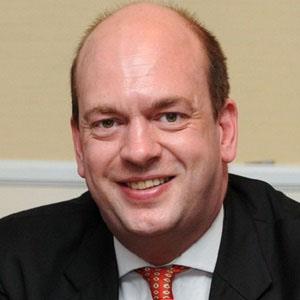 In 2010, this Conservative Party politician began representing the Rochester and Strood constituency as a Member of the U.K. Parliament. In 2014, he transferred his allegiance to the British UK Independence Party (UKIP) and was re-elected to Parliament.

After graduating from Christ Church, Oxford University, he earned his MBA from Columbia University (in New York) and his LLB from England's University of Law. Before beginning his political career, he was a financial consultant with Booz, Allen & Hamilton, and a lawyer with Herbert Smith.

During his first parliamentary term, he often voted differently from other members of his party and earned a reputation as a political rebel.

He is the grandson of Irish politician Henry McDevitt. His marriage to Catriona Brown began in late 2011.

He and Nigel Farage are both prominent members of the UKIP.

Mark Reckless Is A Member Of