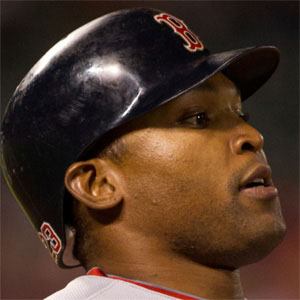 All-Star outfielder known for his solid all-around game and smooth, compact stroke. He debuted for the Philadelphia Phillies in 2002, then went on to play for a number of teams including the Washington Nationals, Texas Rangers and Chicago Cubs.

He was all-state in football and baseball at Sprayberry High School in Georgia.

He was an All-Star in 2010 for the Cubs and went on to hit .293 and contribute a positive WAR on defense.

He married Andrea Kravitz in 2010.

Marlon Byrd Is A Member Of