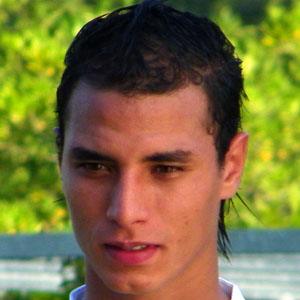 Tall striker known for his excellent heading ability who joined Crystal Palace in 2013 after spending three years with Arsenal. He became a member of the Moroccan national team in 2003.

His youth career began in 1988 for Nerac and he debuted professionally in 2002 with Bordeaux.

He played on France's under-19 national team.

He was raised with two siblings, Yassin and Amal, and his parents are both Moroccan.

He played alongside French midfielder Yoann Gourcuff on Bordeaux.

Marouane Chamakh Is A Member Of