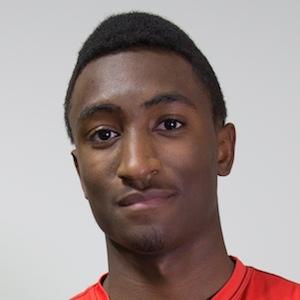 Tech-savvy social media personality who is known for his impressive gadget reviews on the MKBHD YouTube channel. He has earned over 15 million subscribers. He won the Shorty Award for Creator of the Decade in 2018. In 2019, he launched his own unscripted series called Retro Tech.

He started his YouTube career at age 15, uploading his first video in 2008.

In 2018, he interviewed Tesla founder Elon Musk. He is also popular on Instagram with over 3.6 million followers. He has sold his own merchandise, including pillows and tees, on his MKBHD store on the Cotton Bureau website.

He and his sister were raised in Maplewood, New Jersey.

At the unveiling of the Kobe 11 shoe in late 2015, he had a chance to talk to Kobe Bryant about technology.

Marques Brownlee Is A Member Of