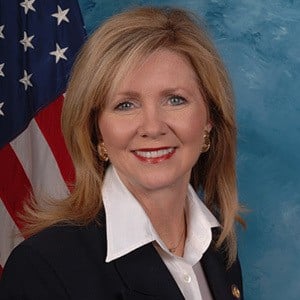 Republican politician who began serving as the U.S. Representative for Tennessee's 7th congressional district in 2003. In 2018, she defeated Tennessee governor Phil Bredesen to be elected to the U.S. Senate.

She earned a B.S. in home economics from Mississippi State University in 1974.

She is a former beauty queen who was named the Oil Festival Queen and finished as the runner-up at Miss U.S. Teen.

She married Charles Blackburn and has children named Mary and Chad.

Marsha Blackburn Is A Member Of