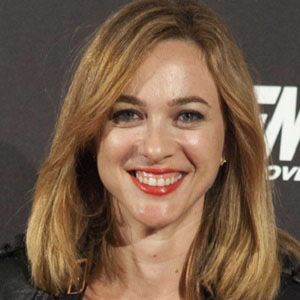 Famous for her major roles in the Spanish television shows Velvet, Bandolera, The Boarding School, and SMS, Sin Miedo a Sonar, she is also notable for her recurring roles in El Pasado es Manana, Impares, and Grand Hotel.

Before beginning her acting career, she studied theatre and dance and earned a degree in journalism.

She spent her youth in Santander, Cantabria, Spain.

From 2013 to 2015, she and Miguel Angel Silvestre were both in the cast of the Spanish TV series Velvet.

Marta Hazas Is A Member Of