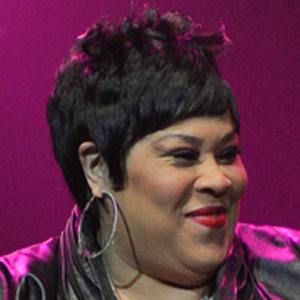 American R&B singer/songwriter who has been called The Queen of Clubland due to her six Number One hit dance songs on the Billboard Music Charts. These songs include Everybody Everybody and Gonna Make You Sweat.

She started out her singing career as a backup singer for Sylvester and as part of the duo The Weather Girls.

She appeared on GSN's I've Got A Secret in 2006 and performed It's Raining Men for the all-gay panel.

She grew up with her family in San Francisco, California.

She covered Elton John's song I'm Still Standing in 1996 for the soundtrack of the film The First Wives Club.

Martha Wash Is A Member Of