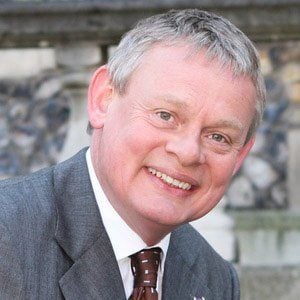 Comedic actor known to television audiences for his roles on British Men Behaving Badly and Doc Martin. In 2015, he was appointed an Officer of the Order of the British Empire.

He was educated at two independent secondary schools, the Royal Russell School in Croydon and the Arts Educational Schools, in Chiswick, London and had his first television role at age 22 on Doctor Who.

He won a British Comedy Award and BAFTA award for his performance on Men Behaving Badly.

He has been married twice: to Lucy Aston and Phillippa Braithwaite. He and Braithwaite have a daughter, Emily. His father was the classical actor Alec Clunes and his mother Daphne once worked for Orson Welles.

He had a supporting role in Shakespeare in Love (1998), which starred Geoffrey Rush .

Martin Clunes Is A Member Of