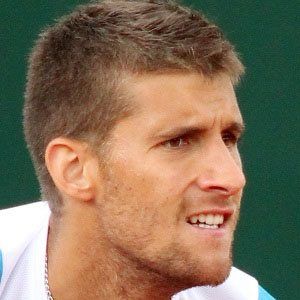 He won the Under-16 European Junior Championship in 2005.

His parents are named Milan and Darina.

He has defeated Italian player Fabio Fognini at both the St. Petersburg Open and BMW Open.

Martin Klizan Is A Member Of