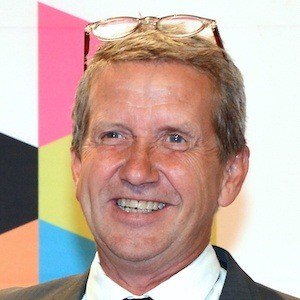 Professional television personality who is best known for being the charismatic host of the TV4 original series Äntligen Hemma.

His career began in the 1980's on the channel SVT where he hosted a variety of entertainment and children's programming. He then began working for TV4 where he hosted multiple shows.

He has been featured in a variety of press outlets including We in Villa.

His brother, Anders Timell, is a radio host. He married entrepreneur Catarina Branö Timell and has two sons.

He also experimented in voice acting where he was the voice of Thomas in Pocahontas, a role that Christian Bale also played in the U.S. version.

Martin Timell Is A Member Of