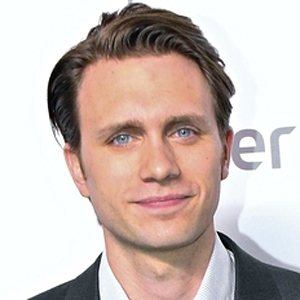 Actor most notably known for playing Tyrell Wellick on USA Network's hit television series Mr. Robot. He starred in many films in Sweden before coming to America.

One of his earliest roles came in 1998 when he appeared in the Swedish film Hela härligheten.

He is a graduate of the University of Gothenburg.

In 2008, he married actress Lisa Linnertorp. They have a son named Arvid together.

He appeared alongside Dominic Monaghan in the 2015 television series The Hundred Code.

Martin Wallstrom Is A Member Of