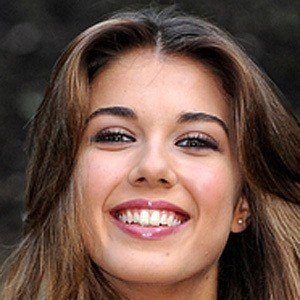 One of her earliest roles was when she appeared in the mini-series L'uomo che piaceva alle donne - Bel Ami in 2001.

Popular on social media she has attracted over 230,000 followers to Instagram.

She was born in Kenya and grew up in Italy.

She appeared in Ex alongside Elena Sofia Ricci.

Martina Pinto Is A Member Of