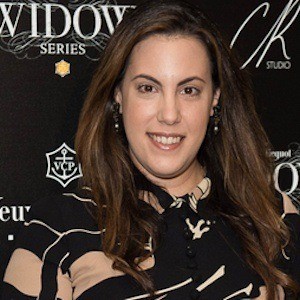 Fashion designer whose clothing has been sold in more than 200 high-end shops around the world, including Barneys, Selfridges and Neiman Marcus. She is the co-founder of the ethical clothing design initiative Città dell'arte Fashion.

In 2003, she moved to the U.S. to attend the Rhode Island School of Design. She eventually earned her Master's degree from the Central Saint Martins College of Art and Design.

She was named Young Designer of the Year at the 2012 Elle Style Awards.

Her mother was an interior designer.

She succeeded Alexander Wang as the winner of the Swiss Textiles Award.

Mary Katrantzou Is A Member Of