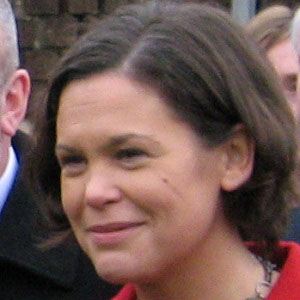 From 2004 until 2009, this high-ranking member of Ireland's Sinn Fein political party was a Member of the European Parliament. In 2011, she became a Teachta Dala (member of the Irish Parliament's lower house).

She studied at the University of Limerick, Dublin City University, and Trinity College, Dublin, among other institutions of higher education.

Until 1998, she was a member of the Fianna Fail party.

She was born and raised in Dublin, Ireland. Her marriage to Martin Lanigan resulted in two children.

She served in Ireland's Parliament during the presidential administration of Michael Higgins.

Mary Lou McDonald Is A Member Of