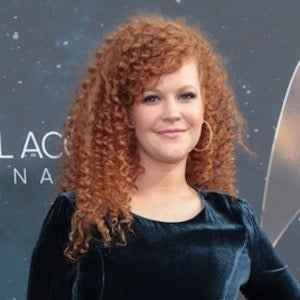 Actress who rose to wide acclaim for her role on the CBS TV drama series Star Trek: Discovery as Sylvia Tilly. She has also portrayed the recurring Trinity on the FX comedy series Baskets.

She graduated from the Juilliard School's drama school. She earned her first screen acting credit in 2012 for her work on the TV series Craft & Burn.

She gained popularity for her role on the TV series Longmire as Meg Joyce. She also guest starred on the Hulu comedy series Difficult People alongside Billy Eichner.

She has starred on Star Trek: Discovery on CBS alongside Jason Isaacs.

Mary Wiseman Is A Member Of