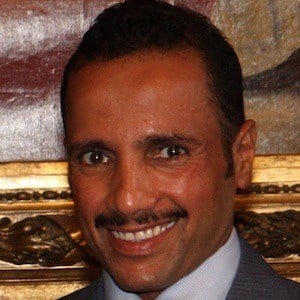 Politician who is known for his time served as a member of the Kuwaiti National Assembly. He was first elected to the assembly in 2006.

He holds a Bachelors of Arts degree in mechanical engineering. He began his professional career as an engineer for Boubyan Petrochemicals before his election in 2006.

He characterizes himself as a liberal-leaning politician who tends to vote with other business-minded assemblymen and women. In August 2013, he was elected Speaker of the National Assembly.

He was born and raised in Abdullah Al-Salem, Kuwait. His mother is the noted Kuwaiti academic Faiza Al-Kharafi.

He has met with the French Prime Minister Francois Hollande with other Kuwaiti politicians to bolster Kuwait and France relations.

Marzouq Al-Ghanim Is A Member Of